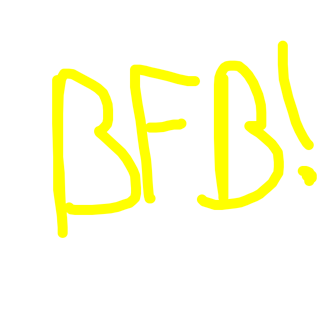 !spoiler alert! Do not view of you want to know who is eliminated in BFB 23. (Yes, I looked at the wiki I was just so bored and rlly wanted to know)

So obviously, so I don't spoil too much, I'm only going to mention the last 2 that either one could be eliminated. Firey and blocky. It's very supprising that firey was in the bottom 2. Obviously, for blocky's really bad behaviour, he got the most votes. However, some of those votes in the comment could have been bots or people with multiple accounts. The votes for the last 4 was rlly close numbers, so that means it is possible that other contestants could be eliminated. Including firey. Btw the wiki was a couple of days ago so the votes might have changed a lot. Don't blame me if I'm wrong, it's legit no ones fault. Not even the wiki's fault.

Oh wait another mistake it's for BFB 22 ugg... UnU

Wait I mean if u want to know who is eliminated your self Oof I messed up...