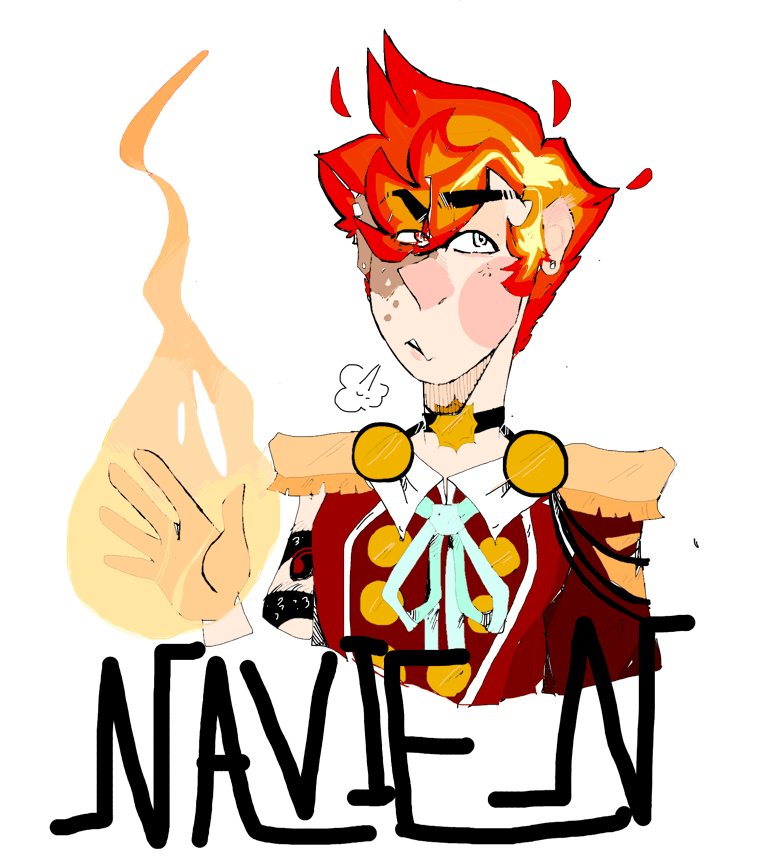 I know you are all mostly asleep, but here have some navien

So, in his universe some people are born with magic, and some aren’t. But, magic is frowned Aron, if not outlawed. So, all magic owners or vessels are forced into the military to fight for their people, which they don’t see anything wrong with yet. Now, magic goes from healing, to creating rocks, to even making plagues, but that’s just a start. Now Navien is the youngest of 8 brothers, and his father loves him the most, because Navien possesses Hellfire, the magical ability to creat fire, instead of harness it. Now, Unlike his brothers who have hellfire as well, Navien can’t be touched, because his body temp. Is basically the sun. Now, Navien uses this to his advantage, and has worked his way to becoming a general, and a very looked up to and fear one at that. But now as the war between Navien empire (Light of Flame) and their new enemy (the kingdom of sellvice-((sell-v-inch)) allows Navien to travel the world, and finally use his full power

Oh, and that tattoo on his arm is a dragon, he can basically make a huge fire dragon (a dragon made out of fire) and control it, he also wears gloves, and can only touch water when he is calm, or he just evaporates or boils it =/

And yes, I’m opening ships for this boi