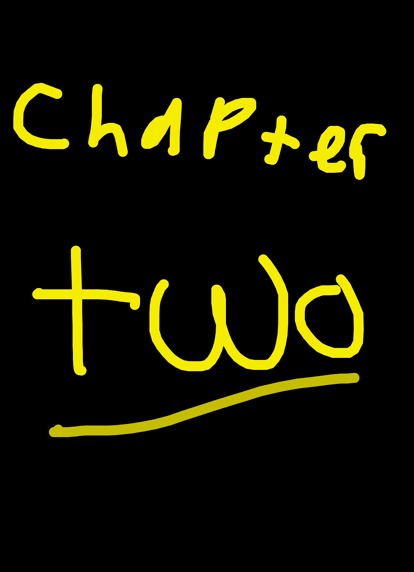 YOU ASKED HER OUT!?” Louie yells, entering the house “No! I just thought she was cool!” Dewey yells back, upset “WE JUST MET HER TODAY.” Louie continues. “Yeah, Dewey, so accurate!” Huey adds on. “What are yin’s screamin about?” Scrooge says, glaring at the three boys. “Dewey found this weird girl at the park, and asked for her number a.k.a A DATE!” Louie says, making somewhat fun of Dewey. “I JUST LIKE HER AS A FRIEND!” Dewey yells, louder, and more defying this time. “Ah, stop teasing your brother.” Scrooge says, getting up off the chair. “I gotta go file some paperwork’s. Don’t get into too much trouble for Gyro, alright?” “Yes, Uncle Scrooge.” All three of the boys say, in a bored tone of voice.
Hours has pasted, Gyro, looking pissed off, goes to the lab, after watching three migraine inducing kids, only to find its already home time for him. He grabs his stuff, and heads out too his car. Driving past all the buildings, so much familiar stuff.. the signs, the trees, the park, the girl from a few hours ago.. wait, girl from a few hours ago? Gyro quickly checks the time, 6:30. At least 4 hours had pasted, why hasn’t she gone home yet? He stops his car and looks around the park, no adults? He gets out, and walks towards the girl. “Hey.. your the kid from earlier! Why aren’t you home? Where are your parents?” He asks, looking down at her. “They.. I.. I don’t have any.” She says, looking around the park nervously “What? Oh, stop that. You just don’t wanna stop playing, what’s your mommy’s or daddy’s number?” He sighs, pulling out his phone. “I’m not lying! I was a kid at the orphanage and I escaped one night!” Webby informs him, hoping he believes her. “Okay, stop messing around with me! I’m done here..” Gyro mumbles to himself, getting ready to go back to his car, until he notices, wait, what if she’s not lying? She could be a lost child! He thinks about it, then looks over to Webby, “so.. you need a place to stay I suppose?” He asks, nearly regretting it. “I- REALLY!?” Webby yells, happily, almost enough proof for Gyro that she’s a real escaped orphan. “Yeah, yeah.. come on.” Gyro says, walking over to his car. “Thank you so much!.. I-“ Webby gets interrupted, as Gyro pulls out his phone again. “What orphanage you from?” He asks, with a mean-ish tone in his voice. “Adoption For Ducklings, why?” Webby asks, somewhat confused. A long silence is formed between them, as Gyro looks down at his phone for a few minutes. Gyro saw that Webby, is in fact telling the truth here. He sighs, looking at the backseat, staring Webby in the eyes. “I gotta take you back, kid..” Gyro says, no emotion to his voice. “WHAT.. Y-you can’t do that! Their really mean to their kids.. and this is my only chance at finding a family..!” Webby pleads, heart pounding at what seems to be a million beats per second. “I’m sorry.. mean?” Gyro asks, concerned, yet his voice sounds almost sarcastic. “Yes! They don’t feed us anything but dinner.. haven’t you noticed how skinny the kids there are!?” Webby goes on about all the horrible things they do, some worse than others. “Fine.. you can stay with me for a while, but ONLY until I can find you a forever home.” Gyro says, starting up the car. “Thank you so much...! What’s your name again?” Webby asks, “Gyro. Gyro Gearloose.”

Sorry if it looks kinda rushed- in the process of uploading it, I went through and fixed some errors. Chapter three is in process, but might not be finished until tomorrow or really early in the morning (maybe 2:40 somethin) due to school.

Once again, please don’t tag Webby and Dewey as a ship.

this was fucking cringe