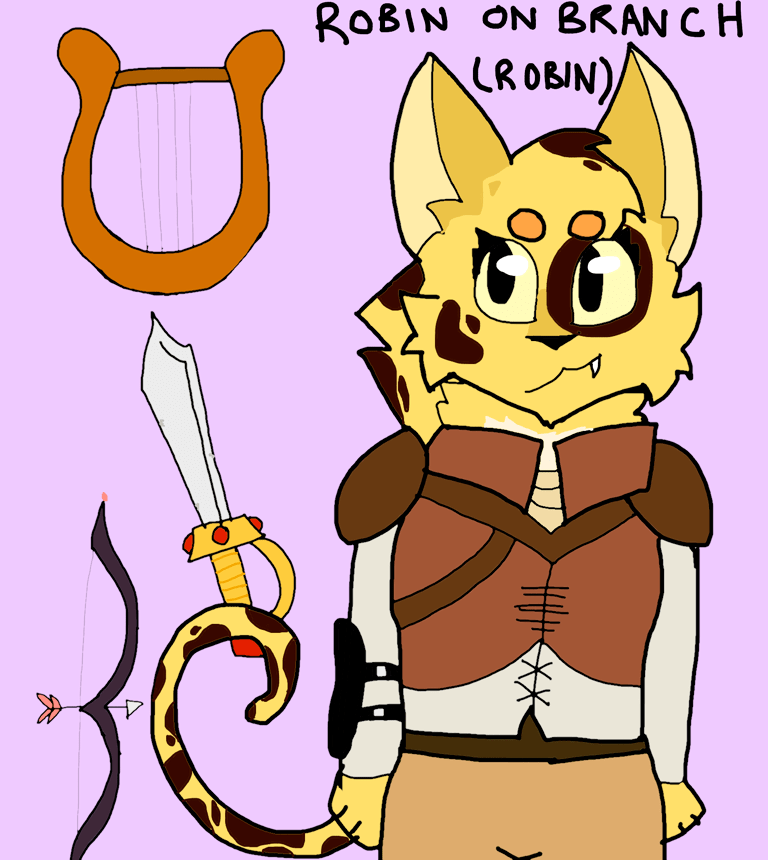 robin on branch (robin) is a tabaxi bard with the ‘entertainer’ background, chaotic good,

21yo. she’s an extrovert and wants to make true friends but her lust for adventure and exitement sees her travelling too often to make any real connections (unless they’re willing to go with her). a raging pansexual. she was raised by a half-elf tavernkeeper, who found her as a baby alongside her scimitar. strangely, despite being older than her, it shows no signs of aging. she gave it a name, Swynn, after the River Swynn she was found beside. she also owns an enchanted lyre, and a shortbow.

robin is still yet to find the adventure she years for.

this sucks cause i haven’t done digital art in ages and I cba to shade it. very funky proportions and it looks like she’s leaning slightly lol