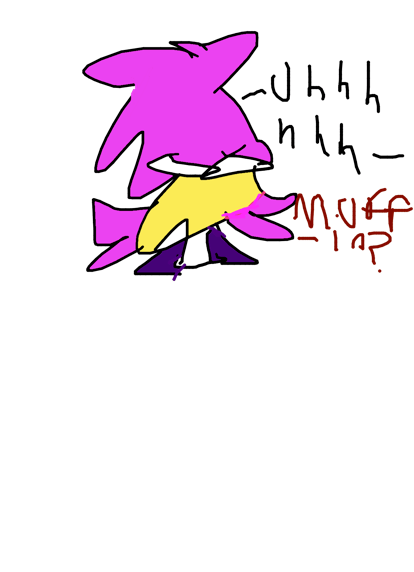 -nonbinary they\them, mainly cuz they don’t believe in gender
-like say they was at a party or sum and they wore a dress, or feminine clothing
-they really just dont care about clothing types and gender labels
-not much of a headcannon, as it is an kinda darkish theme or take of them, but the song “choke” (https://m.youtube.com/watch?v=mvJjmWTg7Qo), fits them well
-their like addicted to sweets (cannonly muffins), and I kinda consider it an eating disorder? like in one of the comics they says “I’ve robbed half the town and I’ve found everything but those seductive sweets!” & then gyro’s all like “smh mf why the hell u doin this” (wuzjsj no he didn’t really say that) and Ducktor replied with “um, maybe because im mad and need to retain an unhealthy and unbalanced diet?” (btw credit to https://www.google.com/amp/s/secondhandscanlations.tumblr.com/post/171709765422/scanlation-the-return-of-mad-ducktor/amp for translating the comic!) idk just seems more of a disorder than just “oh yeah candy is good”
-would probably take a worm in they found on the sidewalk and say “his names jared, beep beep mf” and gyro stares like “at this fucking hour at NIGHT?”

(hjdjdj that’s all im gonna do cuz it’s 3 in the fucking morning and im to tired to write anymore. might continue it tomorrow or sum idk)