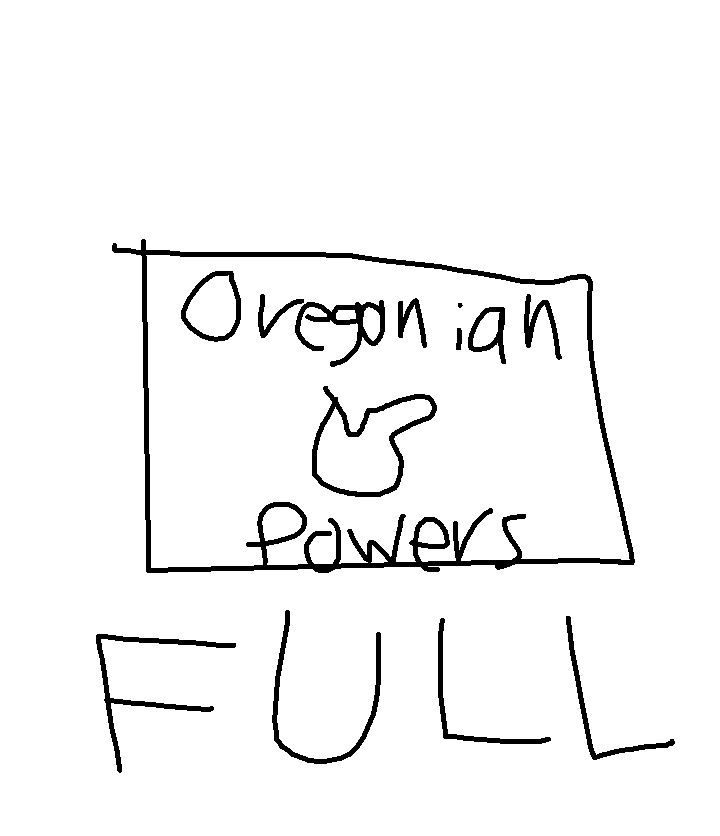 My name is Oregon, and I am a independent country. Let me introduce myself. I was a happy US state bordering Washington, Idaho, California, and Nevada. Well, I was flooded with images of balkanized North America. So that's how it begins.

I was bored. Meanwhile, Mexico finally heard what the US said. "I did not call you an idiot!" Mexico said. "Liar! This is War!" US said. They were ready for war. Mexico pushed to California. But the US pushed back. The US only got Baja California, Baja California Sur, Sonora, and Chiuaua. Washington wanted independence from the US also. I helped him gain independence.

Me and Washington are now independent. In 2031, we tried annexing Idaho, but failed. Later that year, I tried again, and succeeded. We annexed part of Montana. In 2032, Puerto Rico turned from a territory to a state, Canada annexed Bermuda, taking it from its previous owner, the UK, and Quebec gained independence from Canada.

Me and Washington were bored. We wanted to annex Vancouver Island, taking it from its previous owner, Canada. We did it! I had the west side, and Washington had the east side. We have a plan to create Cascadia. Me, Washington, British Columbia, Yukon, and Alaska would unite into one eco-friendly country.

Alaska was also sledding, so I was careful, like Yukon said. When Alaska stopped, he replied, "Yes?" "Want to be part of Cascadia with me, Washington, British Columbia, and Yukon?" I said. "I sure want to!" Alaska said. We signed the Declaration of Cascadian Unification, and Cascadia began, with Kate Brown as president.

Chapter 7: Twality
The Washingtonian state of Twality wants to be a Cascadian state. "Never!" Washington said. As Washington's friend, I agreed with him. "In your dreams, Twality!" I said. She dashed as fast as me when I got my independence, but she is still in Washington's stomach. She dashed faster, but it just made a few stretch marks in Washington. Twality had a better idea.

Twality dashed faster than the speed of light, which made her time travel to 2029, when I got independence from the US. "I found a way to travel through time," Twality said. "I will call it the Twality Effect!" Twality had a plan, to prevent my independence.

Me and Washington were bored. "I have a plan." Washington said. "What?" I said. "Create Cascadia." Said Washington. "British Columbia! Yukon! Alaska!" I said. "Yes?" They said. "Let's make Cascadia!" I said. "Yeah!" They said. Meanwhile, California annexed Nevada, taking from its previous owner, the US, and Texas annexed Oklahoma, taking it from its previous owner, the US. The Declaration of Cascadian Unification was signed, by all of us, and Cascadia began with Kate Brown as president.

In Pearl Harbor, an atom bomb that was from Japan, who annexed Sakhalin, taking it from its previous owner, Russia, exploded, destroying the thing. Japan, Germany, and Italy became friends, and challenge US to war. We wanted Cascadia to join the war, so Cascadia was in the war. Russia wanted to help the US. He said yes, but annexed parts of Russia to touch him. 8 years. The war lasted 8 years.