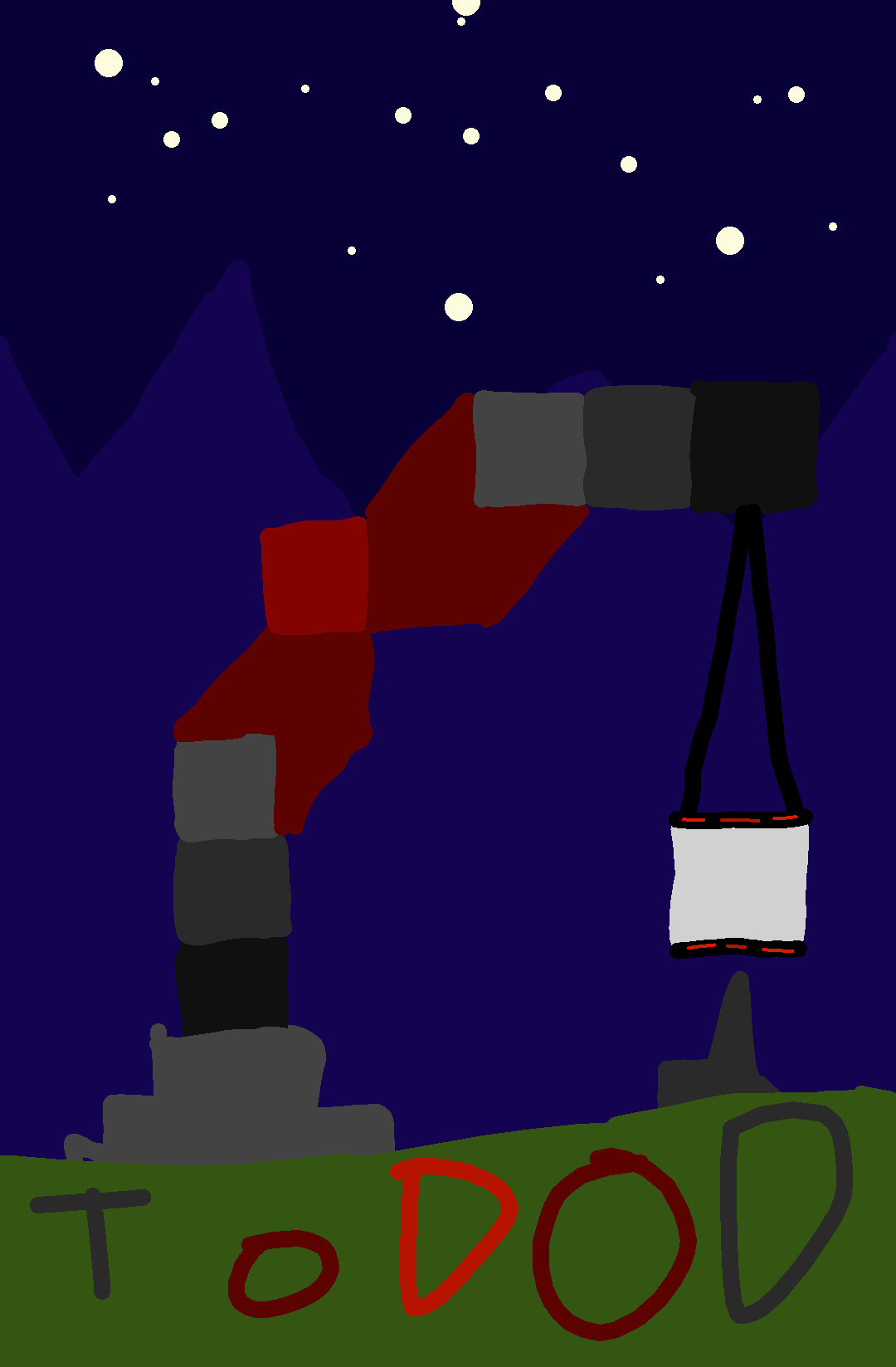 Well, it was finally time to draw a BToD tower. ToDOD is actually a very fan favourite tower for my game, since a lot of people, me included, really like it. I never completed this tower, because of how stressing it is, but I've gotten to floor 5 a few times.
I drew this in around 25 minutes with my fingers, and it's probably my most detailed drawing. Also, don't underestimate ToDOD because of how bad it looks in this drawing, it looks AMAZING in game usually, and you should definitely check it out.
Well, here's some info on this tower.
Tower of Dangling Over Death (ToDOD) is a wacky - frame tower located in Ring 2: Forest of BToD. ToDOD is in on the lower end on the middle of Insane difficulty, making it the hardest tower in Ring 2, higher than ToWC and CoS, which are both remorseless difficulty. ToDOD has a sort of curved frame, but where it goes horizontal instead of vertical, there is no floor. That means that if you fall on floors 4+ on ToDOD you will have to literally RESTART.
Additionally, on floors 1-3 there is a softlock on the ground, making this tower a 1 try tower, because if you fall, AT ALL, you're screwed and have to reset.
This is the reason this tower is extremely stressing.
Floor 10 on ToDOD is under the crane shaped crane, and it's literally hanging. This is the reason of the name being "Dangling Over Death".
There's only ONE winner of ToDOD, that being the creator himself, Jamscrt. There's 2 fails on floor 10 currently, one by Extreme_Flightz and the other by fusiontaco.
This tower has a design where it uses red neon almost everywhere, making it look really good.
You should attempt to complete this tower after (JToH) ToDT, (JToH) ToDC, or BToD TSBaT.
Well, that's it. Next time im going to draw another JToH tower. It's maybe going to be ToDT, ToDC or ToN, but in the end I'm most likely gonna go for ToTM, because I think that is a tower I should cover. Well, see you later.

E - A sports
its in the game