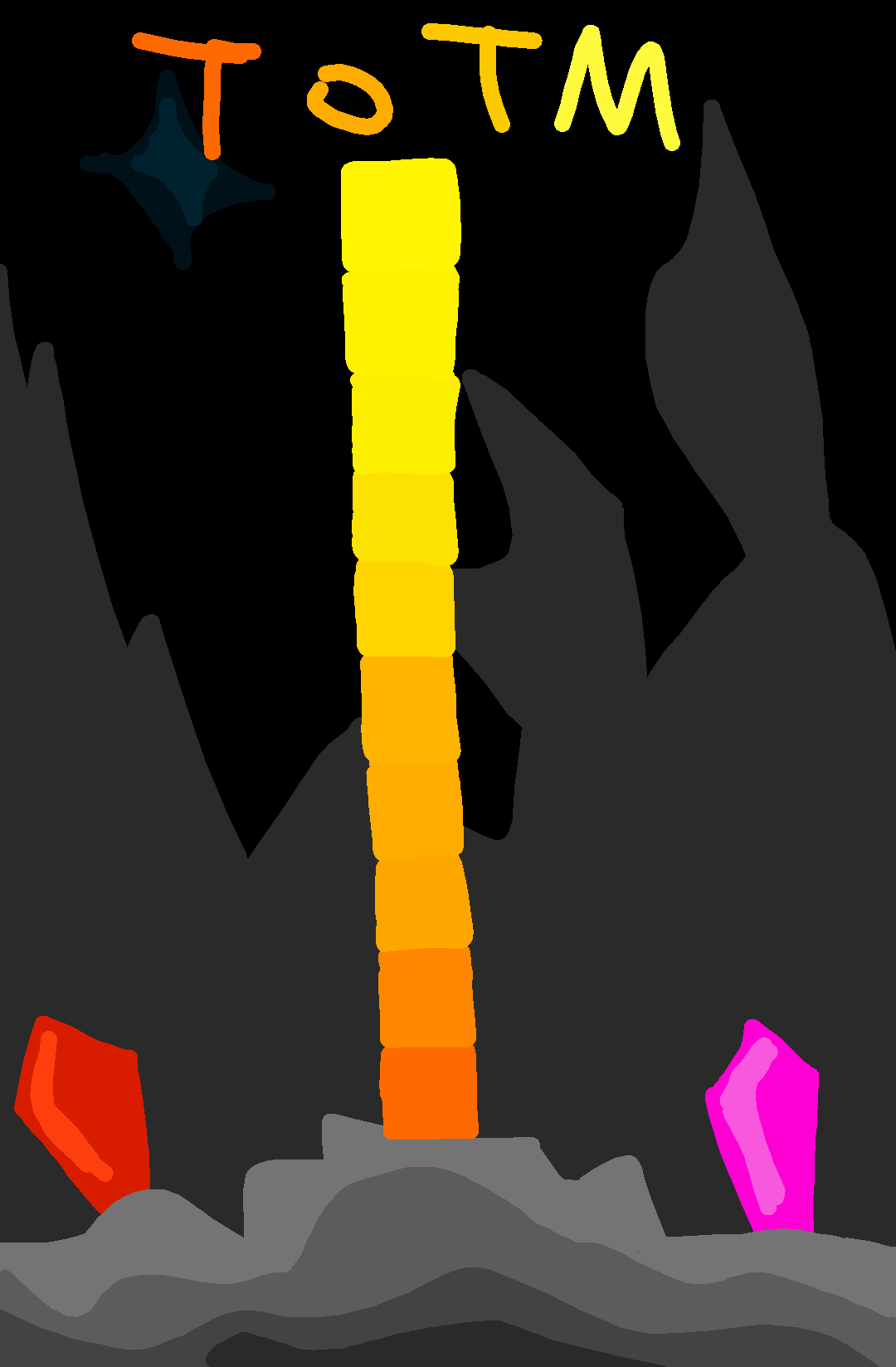 Well, here's ToTM, the funny garfield tower.
I drew this in around 20 minutes with my fingers, and its a pretty decent tower drawing. If I continue like this, maybe I'll actually draw tower humans one day?
When I was completing this tower, I had a stupidly bad experience on floors 3-5 that caused me to quit. When I became better, I just beat it in 1 attempt, as it's a decently easy tower.
Here's some info on the tower:
Tower of Terrible Mondays is a descension based tower located in Ring 4: Greed.
It is on the lower end of the difficult difficulty, and is therefore one of the easiest towers in Ring 4, next to ToL and ToLL.
ToTM is descension based, meaning that you will spawn on floor 10, and have to go down floors so that you reach floor 1, where the winpad is located.
If you fall during this tower, it will guaranteed send you to the beginning of the previous floor.
The teleporters used to not exist, so falling would mean a softlock and you'd have to restart.
This was changed shortly after the towers release.
This tower also has outside segments, but they are protected with the same teleporters as the inside floors.
This is also generally one of the most fun towers in Ring 4.
Attempt to complete this tower after ToV, ToKY, ToII or ToWH.
Well, that's it. Next time, I'm gonna draw another brutal soul crushing tower, which is sitting in Ring 5, called ToFN. See you later!