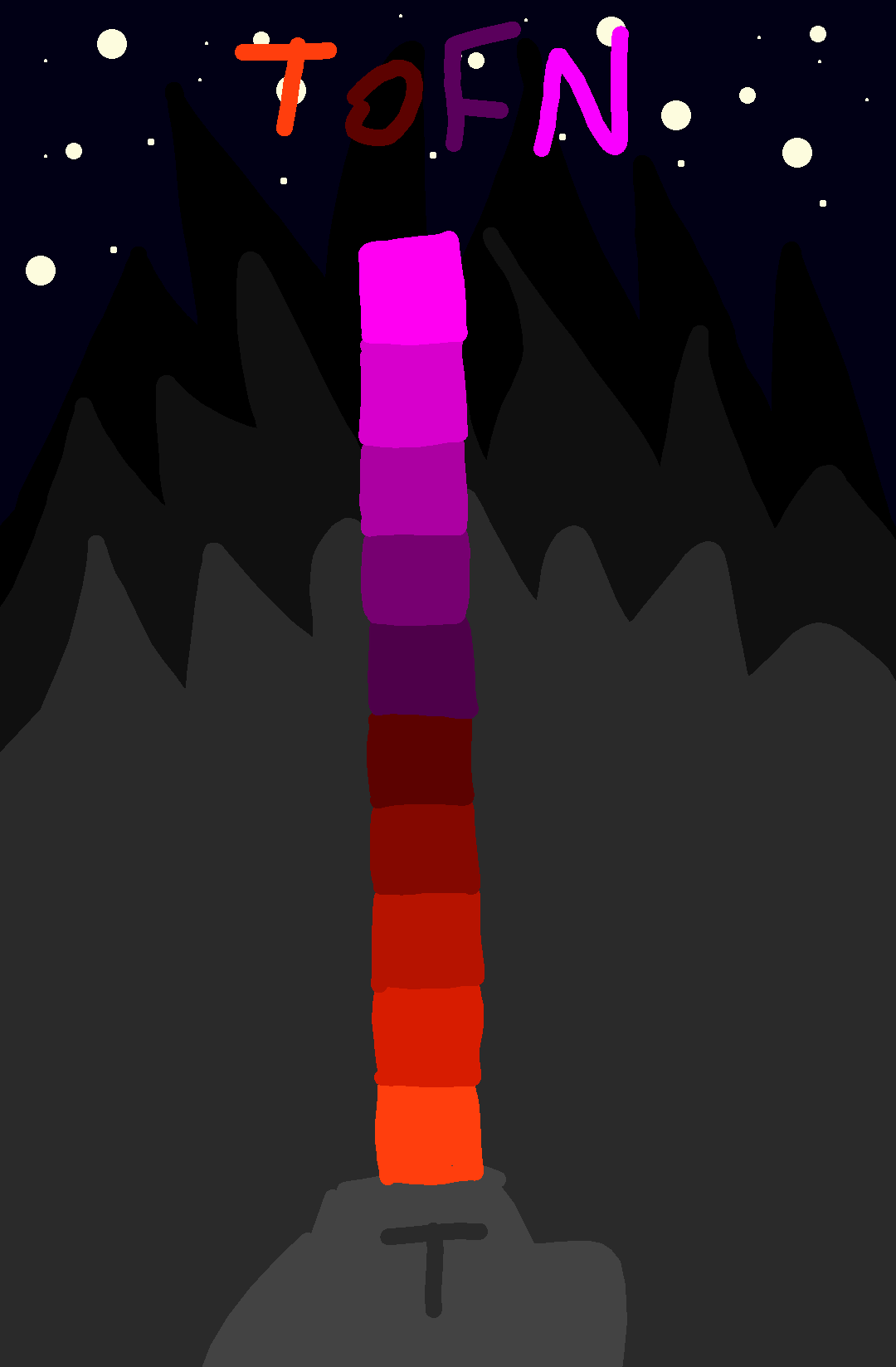 Heh, it was time for this to happen. So, I drew
this in around 20 minutes with my fingers, and it's I think my best drawing so far. If you haven't noticed, I'm REALLY focusing on drawing backgrounds more than the tower at times.
Well, I've never beaten ToFN, it's simply too hard for me, but I have gotten to around floor 3.
Here's some info on the tower:
Tower of Frightening Nightmares (ToFN) is a low mid terrifying difficulty tower in Ring 5: Anger.
It is by FAR the hardest tower in Ring 5, way harder than the Low Insane difficulty ToGaH.
ToFN starts like remorseless - insane difficulty on the first 4 floors, then instantly jumps to mid terrifying difficulty on floors 5-10.
The tower's gameplay is also questionable and very mediocre.
It's littered with outside segments, softlocks and just generally unfun gameplay, especially on floor 10.
The tower even has a final stretch part, and it's on an outside, LUCKILY the final stretch is easy for many players and people who attempted the tower just generally never failed it.
Attempt this tower after ToEI, ToTB, ToAAA or after any other mid - high extreme difficulty tower.
Alright, so next time I'm gonna be drawing the first Citadel on this profile, CoSR.
See you later.