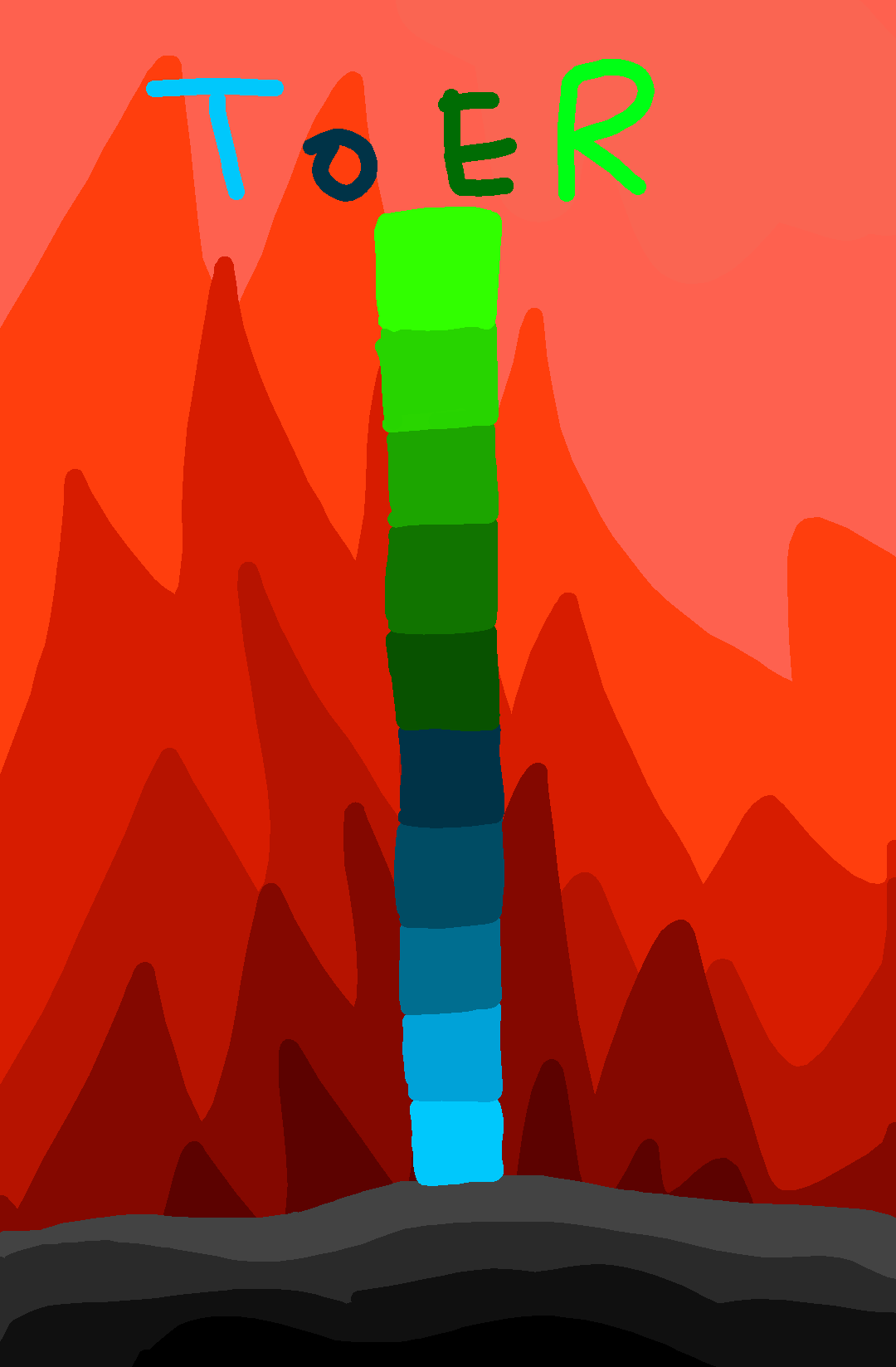 Tower.
This drawing took me around 25 minutes to complete with my fingers, and I guess it's decent.
I've never beaten ToER, and I doubt I ever will.
It's extremely difficult and boring to do.
Well, here's some info on this tower.
Tower of Elongated Runs (ToER) is a tower located in Ring 7: Violence.
ToER is around mid catastrophic difficulty, making it the literal 3rd hardest tower in the whole game. It's by far the hardest tower in Ring 7, literally 2 difficulties higher than the second hardest, ToTB.
ToER contains a VERY HUGE AMOUNT of purist gameplay, instakills, outside segments, softlocks and more. It's also extremely long and punishing to complete. Anyone who attempts this is going to suffer.
People have the described the fun you have in this tower being at the same level of watching paint dry.
It's brutal.
This used to be the hardest tower in game for a long time, even having to be nerfed because it was usually going ABOVE the catastrophic difficulty, which is the highest difficulty in the game.
Attempt this tower after ToGF or ToAM.
Well, that's it.
I'm gonna draw a BToD tower next, so see you later.