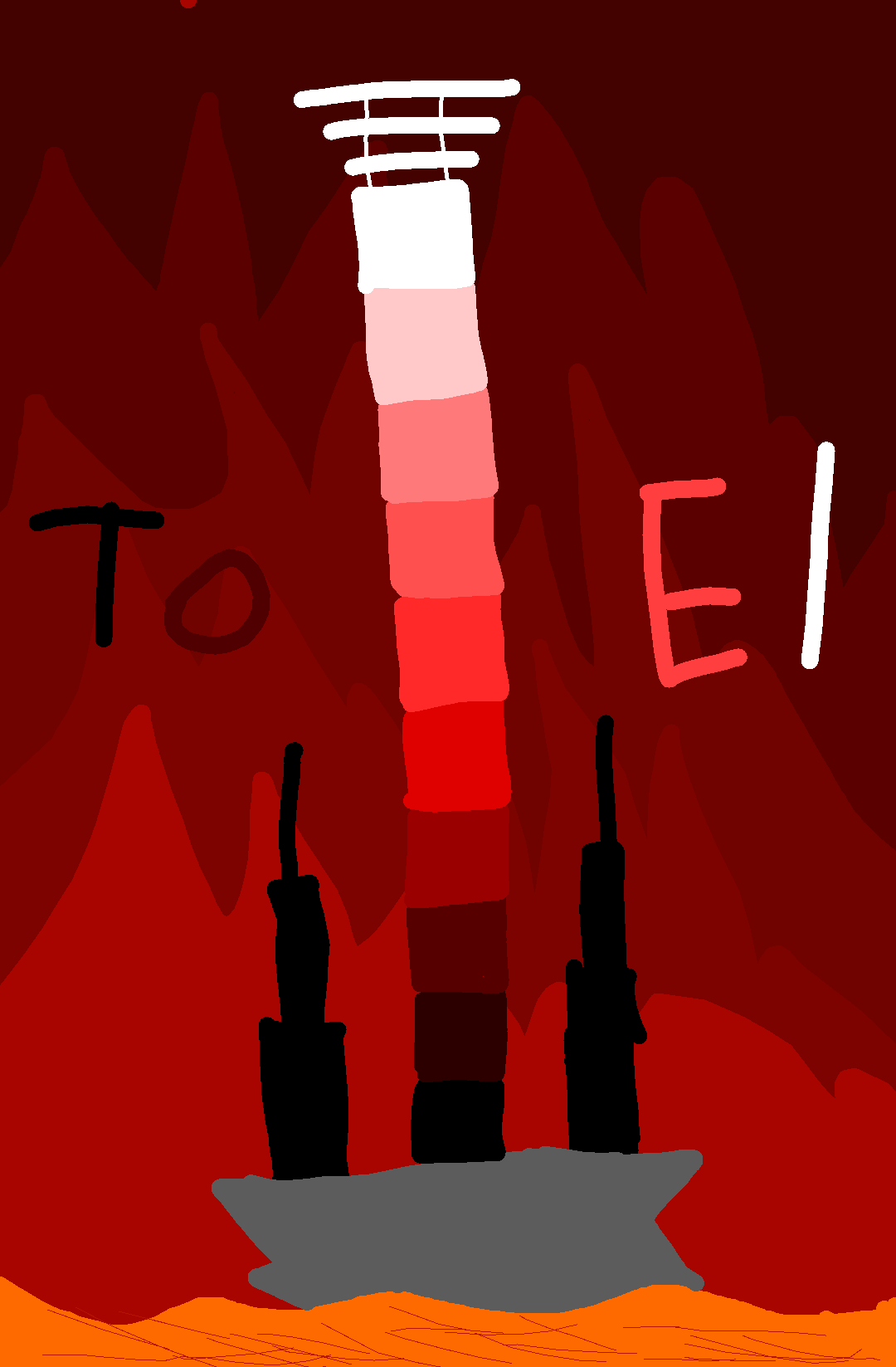 Well, it was time for me to draw this pretty cool tower.
I drew this in around 20 minutes with my fingers.
I'm going to attempt to reach floor 6 on this tower soon, since I've already reached Floor 2 a couple times.
Well, here's some info on this tower:
Tower of Externalizing Insanity (ToEI) is a tower located in Ring 8: Fraud.
It is sitting at the peak of Extreme difficulty, making it the second hardest tower in Ring 8, behind ToGF.
ToEI is heavily based off of a mechanic where the tower has safety nets, making it not punishing, but it also has EXTREMELY difficult gameplay above safety nets, which is a big plus for many because they practically have to just do short floors above safety nets, similarly to ToDC.
There are 6 Safety nets in this tower, one on floor 6, 4 of them on floor 9 outside and one on floor 10.
Completing this tower is brutal, but the tower is still very much adored by many since its very fun, not repetitive and isn't punishing.
Also, the last jump (jump to winpad) is EXTREMELY SCARY, because if you fail it, you have to restart the tower. That is the point where your safety net progress doesn't matter, which is VERY scary.
Attempt to complete this tower after ToBK, ToHH or even ToAAA, and maybe even ToFN or ToNS if you beat those before this.
Well, that's it.
Next time, I'm gonna draw a... certain... tower.
See you lat--------