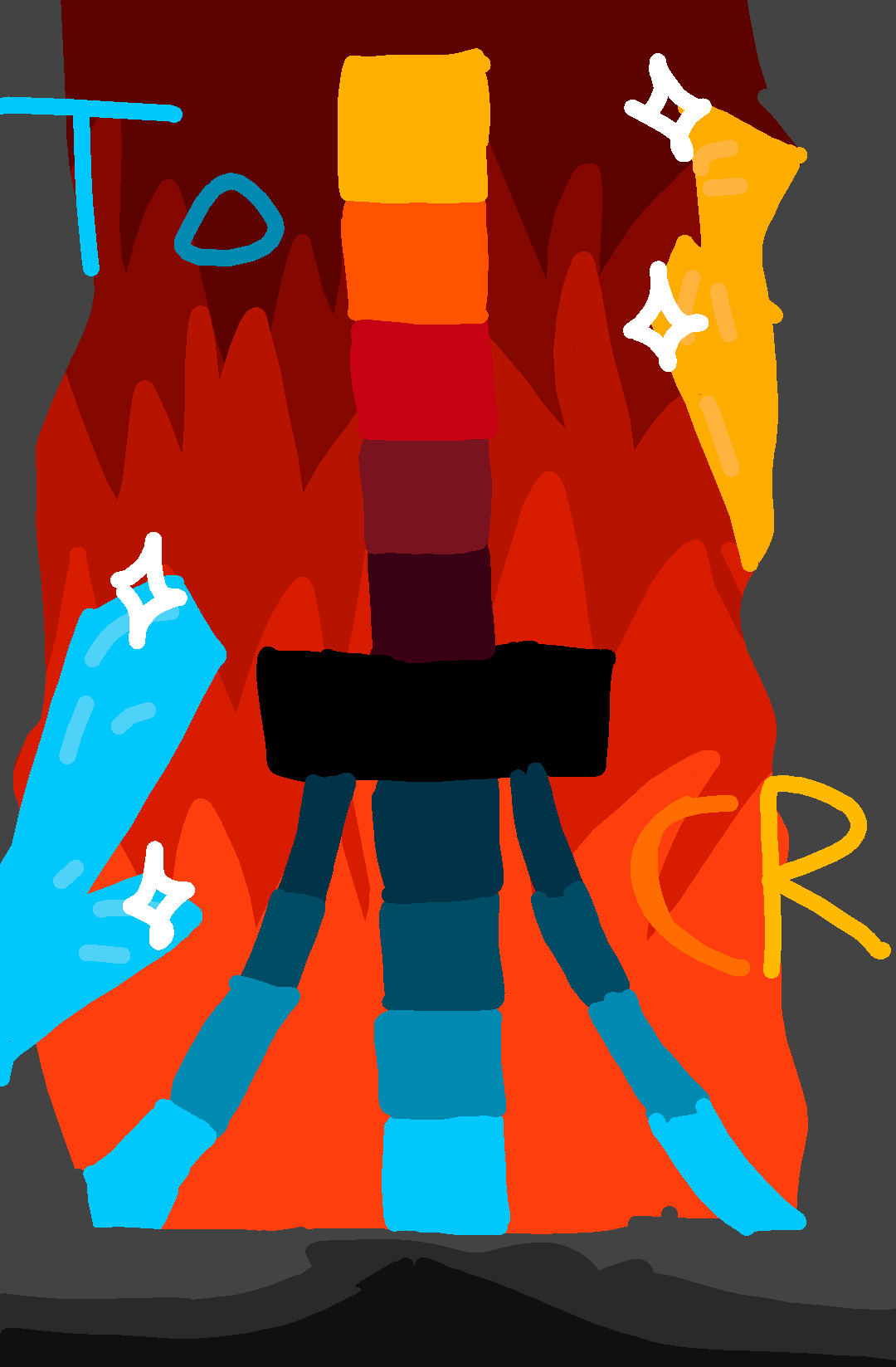 haha funny my name
Okay, so I drew this in around 40 minutes with my fingers.
I really like ToCR just like a lot of people, but im not skilled enough to complete it. It's extremely brutal. I've verified every jump on it, so it is possible, just SO HARD.
Well, here's some info on the tower:
Tower of Champions' Road (ToCR) is a tower located in Ring 9: Treachery.
ToCR is on the high end of catastrophic difficulty.
It is the second hardest tower in the game, and it's the second hardest tower in Ring 9, behind ToCP.
Completing this tower is BRUTAL.
It is long, difficult, and extremely punishing.
Basically, the progression works like this:
When you reach floor 5, you have to complete a floor that consists of walking. That's it.
And then if that wasn't good enough, you get a safety net above floor 6.
However, this tower has raw gameplay HARDER than the catastrophic difficulty. The only reason it is catastrophic is because of the 2 safety nets and a free floor.
However, don't think you're safe for winning when you reach the safety net.
In this tower, if you fail the last jump (VERY POSSIBLE) you will be launched into the instakill sun looming above the tower at all times. There is one person who has failed last jump on the in-game version, and one who did it on the version outside the game.
The winroom is infact so good, that it even has a sign that's trying to prevent you from leaving it, because of how hard it is to beat ToCR multiple times.
If you manage to complete this tower, you are one amongst the few legendary players who have this sort of skill. You're basically a god.
Attempt to complete ToCR after ToER. No exceptions.
ToER is a perfect skill booster for ToCR, as it is purist, stressing and punishing.
So, yeah, that's it. Next time I'm gonna draw a cool Zone 2 tower known as ToSA.
See you later.