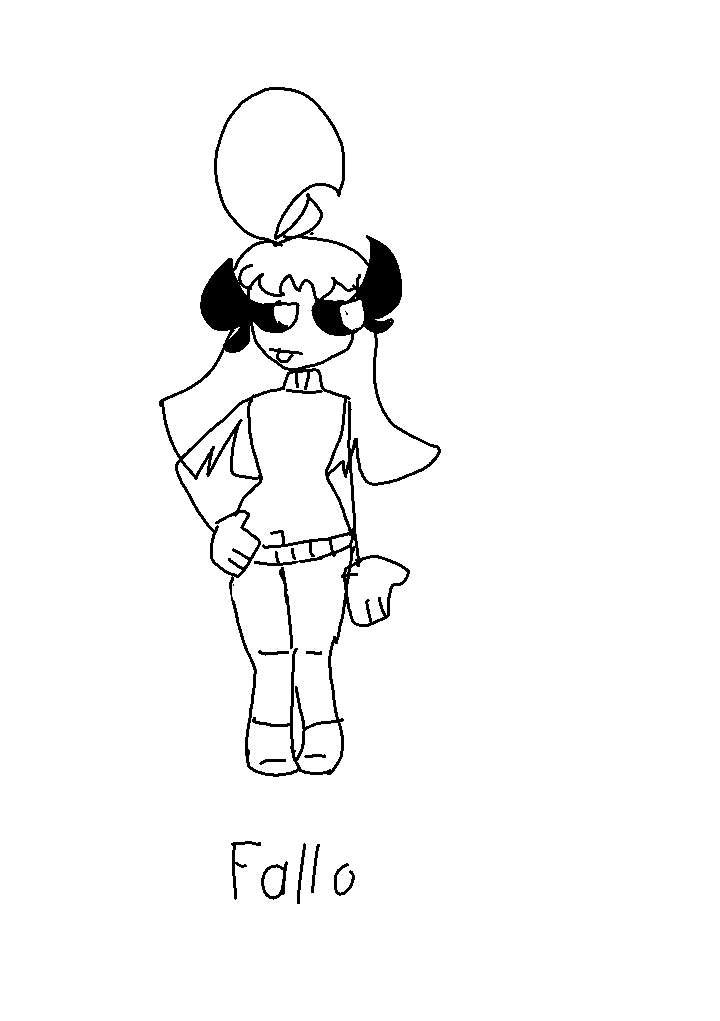 And so, we know that Fallo is a girl. But few people know her age and the age of her creator. So - the age of Fallo is 16 years old, and the creator is 9 years and a half. The Creator and Fallo are sisters in mind. Fallo is a somewhat similar character from illusionary styles, and is suitable for a meme with the sound of "Brooklyn blood pop". Fallo is actually an omnipotent and immortal character. (Now there will be a made-up story!).
Fallo has black eyes because of her wrong classmates, and her hair is because of a cat that trampled on purple flowers, and began to trample on her hair. I won't tell you everything completely, because the author writes it at 0:04 time.